Preview the future of Dart and Flutter with the Dart 3 alpha release and on-demand content from Flutter Forward.

When you’re ready to create an app, get the SDK and tools for your app type. If you aren’t sure which tools you need, get the Flutter SDK.

The following tools support the Dart language on all platforms. 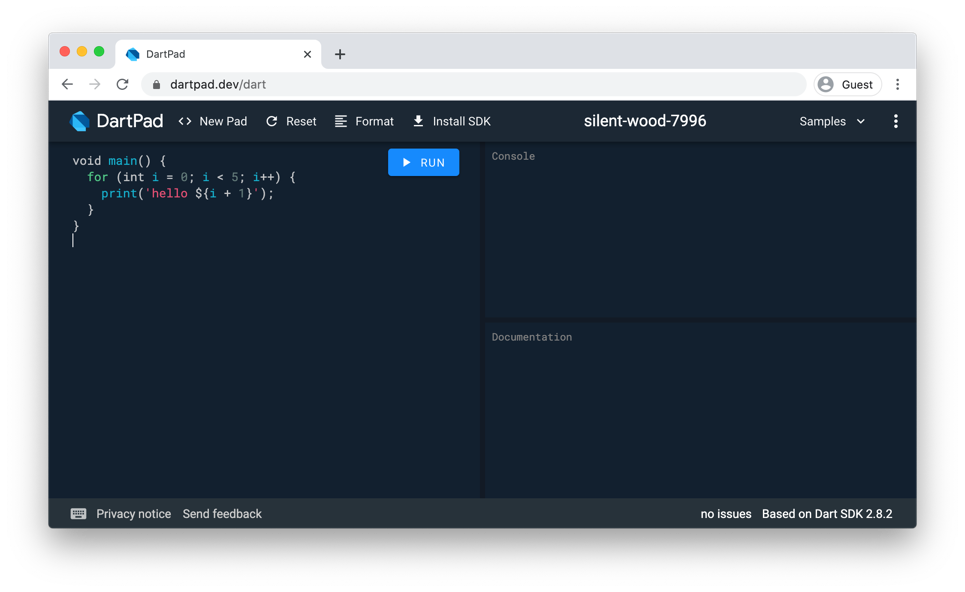 DartPad is a great, no-download-required way to learn Dart syntax and to experiment with Dart language features. It supports Dart’s core libraries, except for VM libraries such as dart:io.

The following Dart plugins are also available, thanks to the Dart community.

Dart DevTools
A suite of debugging and performance tools.

webdev
A CLI to build and serve Dart web apps.

dart run
Use the dart run command to run uncompiled Dart command-line apps and some kinds of snapshots.
dartaotruntime
Use this Dart runtime to run AOT snapshots.