Once you can create and run a Dart app, you’re ready to leverage code written by other programmers. Many interesting and useful packages of reusable Dart code are available at the pub.dev site repository.

This tutorial shows how to use dart pub—a package manager that comes with Dart—to install one of the packages in the repository, the vector_math package. You can follow these same steps to install any package hosted at the pub.dev site; just change the package name when you get to that step. This tutorial also describes some of the resources you can expect to find in a well-built package.

Flutter note: This page doesn’t describe the tools you use with Flutter, but the concepts are the same, and you can share packages between your Flutter and web or server-side apps. For more information, see the Flutter package documentation.

About the pubspec.yaml file

You can use the dart create command to generate packages with valid pubspec.yaml files and directory structures. This command works either at the command line or (behind the scenes) in an IDE such as IntelliJ or WebStorm.

Run the dart create command with the --help flag to see what kinds of template files it can generate:

You’ll see a list of templates, including various web and server-side apps. One of the templates is named console.

Use the dart create command to generate a command-line app named vector_victor:

To use an external library package, you need to add the package to your app’s list of dependencies in the pubspec.yaml file. Each item in the dependencies list specifies the name and version of a package that your app uses.

Let’s make the vector_victor app have a dependency on the vector_math package, which is available at the pub.dev site.

Run the dart pub add command and specify vector_math to add a dependency on the package:

This will add vector_math to the dependencies entry of your pubspec.yaml, resulting in the following:

You can also find your desired version on the vector_math page on pub.dev and add it manually to the dependency section.

For details of what version numbers mean and how you can format them, see Pub versioning philosophy.

The pub.dev site is the primary public repository for Dart packages. dart pub automatically checks that website when resolving package dependencies. To use one of the packages from that site, you can specify it by its simple name, as we have done here.

If you’re using a Dart-savvy editor or dart pub to edit pubspec.yaml, it might automatically install the packages your app depends on.

If not, do it yourself by running dart pub get:

The dart pub get command installs the packages in your app’s dependencies list. Each package can contain libraries and other assets. Pub works recursively; if an included package has dependencies, those packages are installed as well. Pub caches the files for each package your app depends on, pointing to them from the .dart_tool/package_config.json file.

Pub creates a file called pubspec.lock that identifies the specific versions of the packages that were installed. This helps to provide a stable development environment. Later you can modify the version constraints and use dart pub upgrade to update to new versions as needed.

What did you get (and not get)?

Besides the Dart libraries, the vector_math package has other resources that might be useful to you that do not get installed into your app directory. Let’s take a step back for a moment to look at what you got and where it came from.

To see the contents of the vector_math package, visit the Dart vector math repository on GitHub. Although many files and directories are in the repository, only one, lib, was installed when you ran pub get.

Dart libraries: The lib directory contains one or more Dart libraries, which can be imported into your Dart programs. 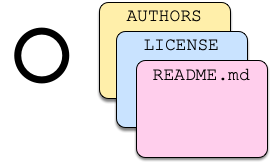 Housekeeping files: When using a package written by someone else, the README.md file is a good place to start. It should contain important information about the package, such as its intent, contents, samples, and instructions. The LICENSE file provides copyright and rules-of-use information. All of these files are in the package repository; the contents of some, such as README.md, are also displayed in pub.dev. These files aren't installed when you install a package.

Other resources: Along with Dart libraries, a package might also contain other resources such as example code, tests, scripts, and documentation. If a package contains these resources, they should be in the directories as specified in the pub conventions.

Import libraries from a package

Now that you’ve installed the package, you can import its libraries and use them in your app.

As with the SDK libraries, use the import directive to use code from an installed library. The Dart SDK libraries are built in and are identified with the special dart: prefix. For external libraries installed by pub, use the package: prefix.